Fried, filled, dusted, and glazed — in search of the capital’s signature fried pastry in every form

Hot, fried, adorably puffy and round, malassadas are some of the most delightful confections found all over Honolulu. They range from palm-size to bigger than your hand. A traditional malassada is simply coated in white granulated sugar, but they are frequently served with flavored sugars and fillings. Some are denser, others airier; some are almost wet, others perilously dry; each style has its proponents, and I have come to believe there truly is a malassada for every desire.

Eggier than a typical mainland yeasted doughnut, malassadas came to Hawai‘i in the 19th century with immigrant workers from the Azores and Madeira, who brought with them this Portuguese fried dough. Malassadas make for an easy breakfast, but many bakeries stay open through the evening, as they also make for a perfect afternoon snack or … Read more

Lemon Meringue Pie is literally a slice of sunshine! Tart and tangy, bright lemon filling is topped with clouds of fluffy meringue that is going to blow your taste buds.

There is something truly amazing about pie, it is just so good! Just try these blog favorites and see what I mean, Easy Chocolate, Fresh Strawberry and Perfect Banoffee Pie! 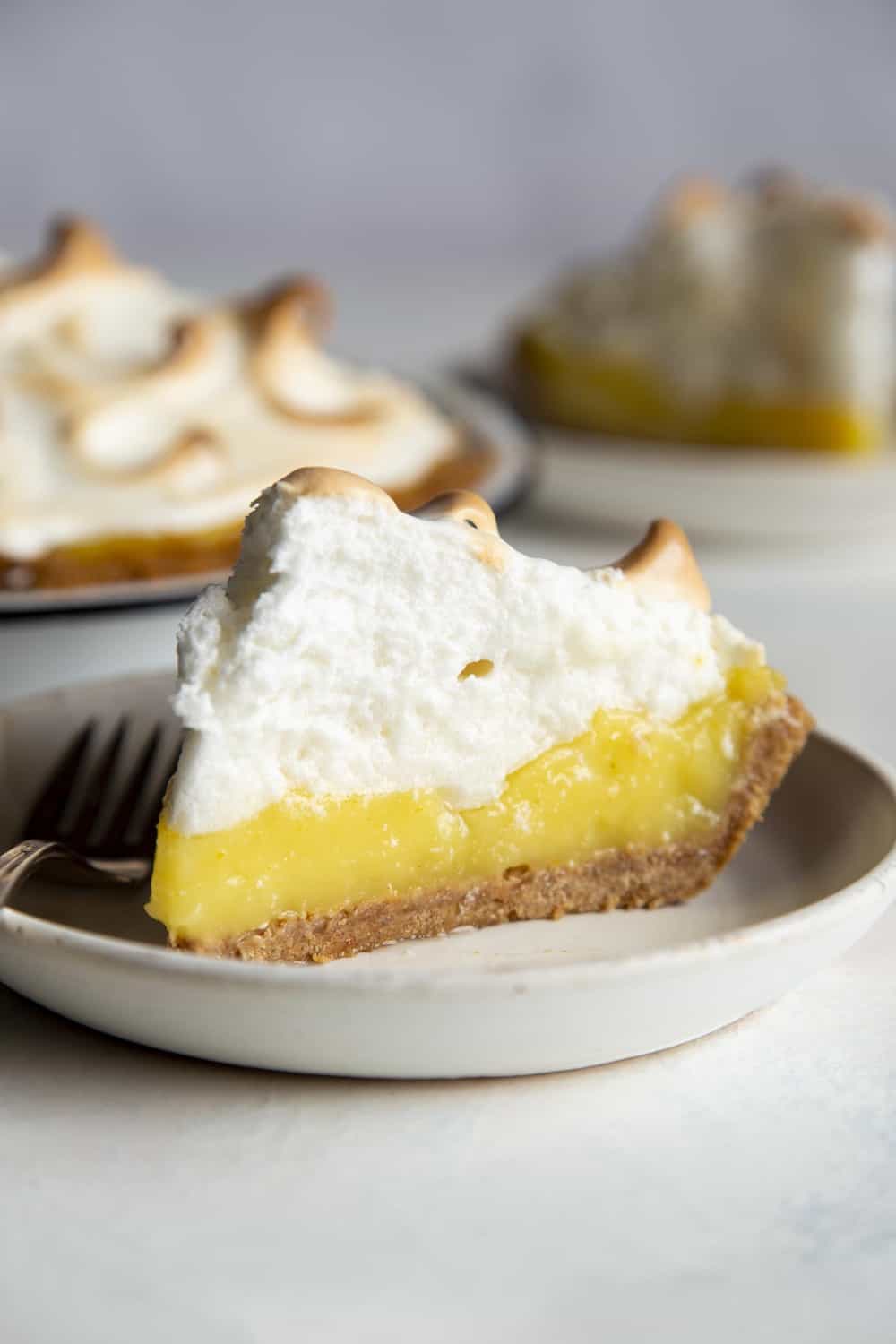 Lemon meringue pie has to be one of my all time favorites. It is bright, zingy and fresh. The meringue is like eating a pillowy toasted marshmallow. Together it is like a little slice of heaven, or sunshine! To me this pie just screams springtime! The lemon curd is silky smooth and just the perfect combination of tart and tangy. Then comes the beautiful mountain of meringue that sits on top of the pie like a cloud. When you bake it in the oven it turns … Read more

“Oh give me land, lots of lands, and the starry skies above. Don’t fence me in…”

The Humane Society of the United States, Mercy for Animals, and Farm Sanctuary are getting the U.S. District Court for Central California to review their plan for combatting bird flu. It involves lots of land.

The USDA’s Animal and Plant Health Inspection Service (APHIS) and Veterinary Services moved to dismiss the bird flue lawsuit filed a year ago. That does not mean the plaintiffs have won, but it does mean they will get their plan reviewed by the judge.

They claim that APHIS rewards so-called “factory farms” that hold birds too closely together in battery-like cages that contribute to the spread of the virus when outbreaks do occur.

The HSUS favors incentives for producers to give their animals room to move as they would in nature, and with the other plaintiffs, they claim their … Read more

If your local pizzeria sells dough to go, buy it

This post originally appeared in the March 29, 2021 edition of The Move, a place for Eater’s editors to reveal their recommendations and pro dining tips — sometimes thoughtful, sometimes weird, but always someone’s go-to move. Subscribe now.

I was raised in a house by two people who rarely went to restaurants, preferring instead to make most of their meals at home. The upshot of this was that pizza, when it was eaten, was the product of a multi-hour endeavor, always undertaken on a Saturday, that involved the painstaking kneading, rising, shaping, and re-rising of dough. It wasn’t that delivery pizza was altogether verboten; it was more that my parents relished the ritual, which was often performed against the sonic backdrop of “A Prairie Home Companion.”

As a result, I entered adulthood with a binary belief about … Read more

Apricot Chicken is a super easy and incredibly delicious dinner your whole family is going to love! Sweet and savory and full of flavor the chicken is tender and juicy.

I love meals that are easy but taste amazing! Make this a complete dinner and serve with Broccoli, Rice or Potatoes. 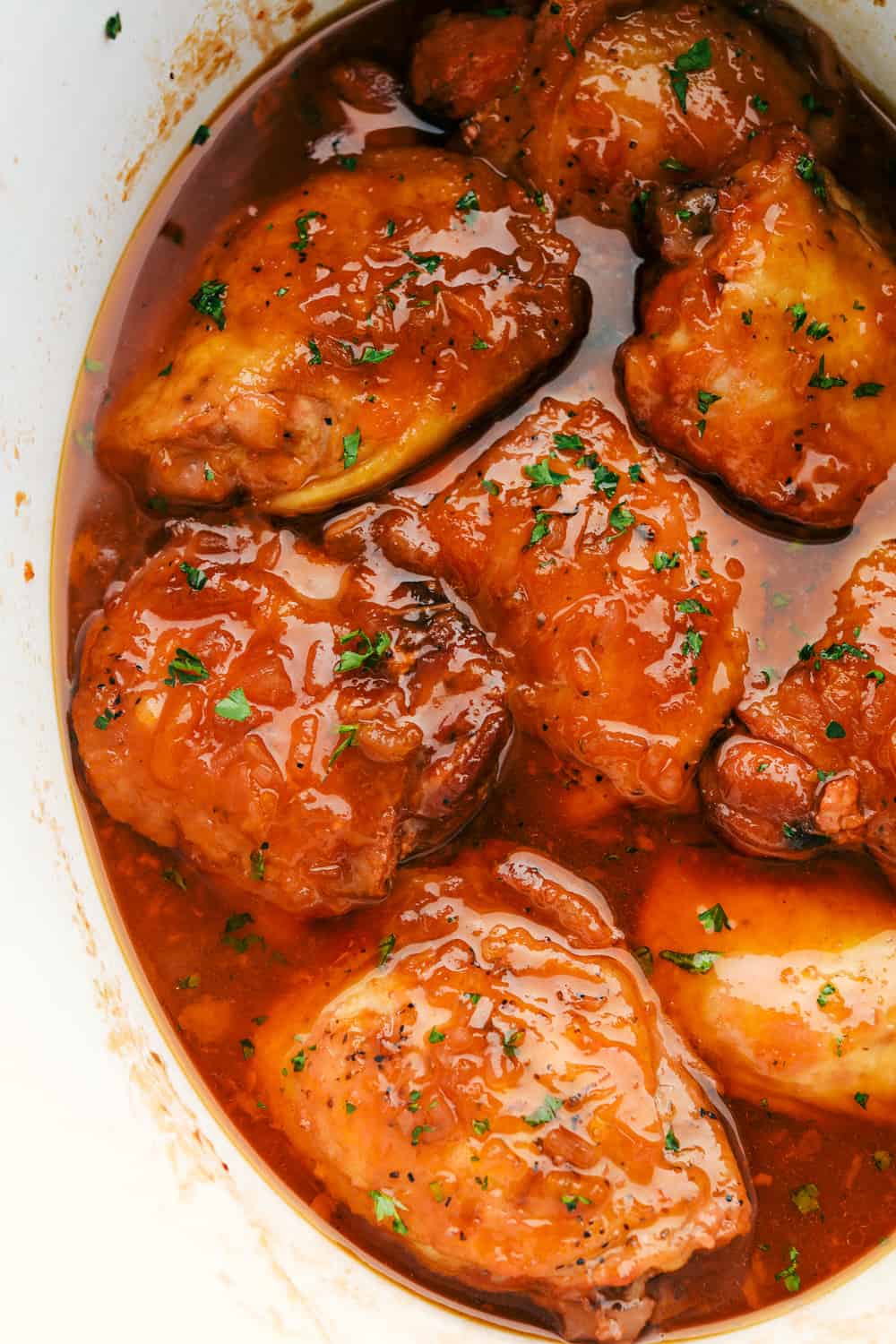 A friend made this for all of us last summer. I was a little unsure about it because of the apricot jam in it. But I loved it! It gives the perfect balance of flavor between the apricot jam and Russian salad dressing. Trust me on this flavor combination, it is the best. The sauce has a sweetness but a spicy savoriness to it from the dressing. They combine in the most magical way.

Apricot chicken makes my busy day become stress free. It is one less thing I have to worry about and my family