Taku Sekine struggled with depression following the emergence of #MeToo allegations last month, according to a public statement made by his partner

Parisian chef Taku Sekine — best known for the Japanese-inflected neo-bistro Dersou and the minimalist, Chinese-French restaurant Cheval d’Or — has ended his life, according to a public statement released September 29 by his partner, Sarah Berger, on Instagram stories. Sekine’s death comes shortly after accusations of sexual assault surfaced on social media. He was 39.

Berger posted the following to Instagram stories following his death:

The conditions of Taku SEKINE’s death are neither ordinary nor accidental. Taku SEKINE ended his life, swept away by a serious depression following his public questioning – on social networks and on a specialized site – with a recurrence akin to real relentlessness.

Certain actors, in particular of the press,

Tender meat, sautéed peppers and onions is smothered with cheese and wrapped in egg roll wrappers and fried to perfection in these Philly Cheesesteak Egg Rolls. This is going to be your go to appetizer or snack when you want to impress without a lot of stress.

Using egg roll wrappers is super simple and easy. You’ll be inspired to try it in these other recipes. The Best Avocado Egg Rolls, Southwest Chicken Egg Rolls, and Homemade Egg Rolls. 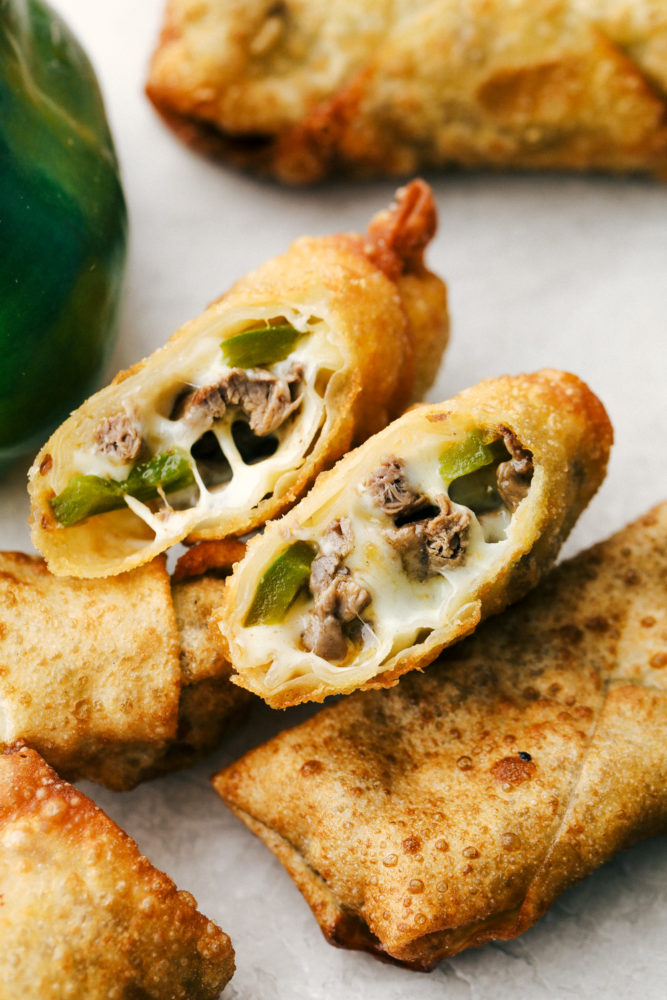 Traditional Philly Cheese Steak stuffed into egg roll wrappers is an easy to eat finger food that is a delicious addition to any appetizer board. It’s also hearty enough to be a meal almost on its own. It’s ooey  and gooey and tender on the inside and crispy and delicate on the outside.

I love how these are so different from your traditional egg rolls, it’s … Read more

Line-speed arguments set to be heard by video conference on Oct. 13

Ahead of her Oct. 13 video conference on swine slaughter line speed, a federal judge in Minnesota is welcoming outside parties to offer their opinions about the case.

Judge Joan N. Ericksen did not yell “Olly Olly oxen free,” but she might as well have by welcoming  Amicus Curiae filings from several states, the National Pork Producers Council, and the North American Meat Institute.

United Food and Commercial Workers Union (UFCW) v. the U.S. Department of Agriculture is a 1-year-old challenge to the Food Safety and Inspection Service’s reform of swine slaughter inspections.  In April, Judge Ericksen narrowed the UFCW lawsuit down to the Line-speed issue for market hogs. The remaining issue is whether FSIS was correct in removing line-speed limits from its regulations because they do not involve food safety or whether the action puts employees at greater risk of injuries.

Hold Onto Summer With This Crab and Corn Fritters Recipe

The world doesn’t know a diet without corn. Corn is grown in all 50 states — primarily across the Corn Belt of the US— a region of the Midwest with ideal maize-growing conditions that includes Iowa, Minnesota, Ohio, and South Dakota, and more than 90 million acres of land are dedicated to planting and harvesting the grain.

It’s also produced on every continent except for Antartica, though the United States is in fact the world’s largest producer and even exports between 10 and 20 percent of its annual production. (Not to mention you can find corn in high fructose corn syrup [which you can find in a lot of things], potato chips, salad dressings, baked goods, alcohol, breakfast cereals, and fuel ethanol.)

Its history has been traced back in the last decade or so to teosinte, a … Read more

Easy Homemade Tomato Sauce. This quick and easy recipe uses minimal ingredients that you most likely have in your pantry! Simmer slowly to make a thick, flavorful sauce that is perfect for smothering noodles, or using on a pizza.

This sauce is thick and hearty, loaded up with chunks of tomato and herbs. Made with canned San Marzano tomatoes, this easy to make sauce is perfect for your next dish of spaghetti and meatballs, or using on your own pizza (try this skillet pizza or this grilled pizza recipe!) 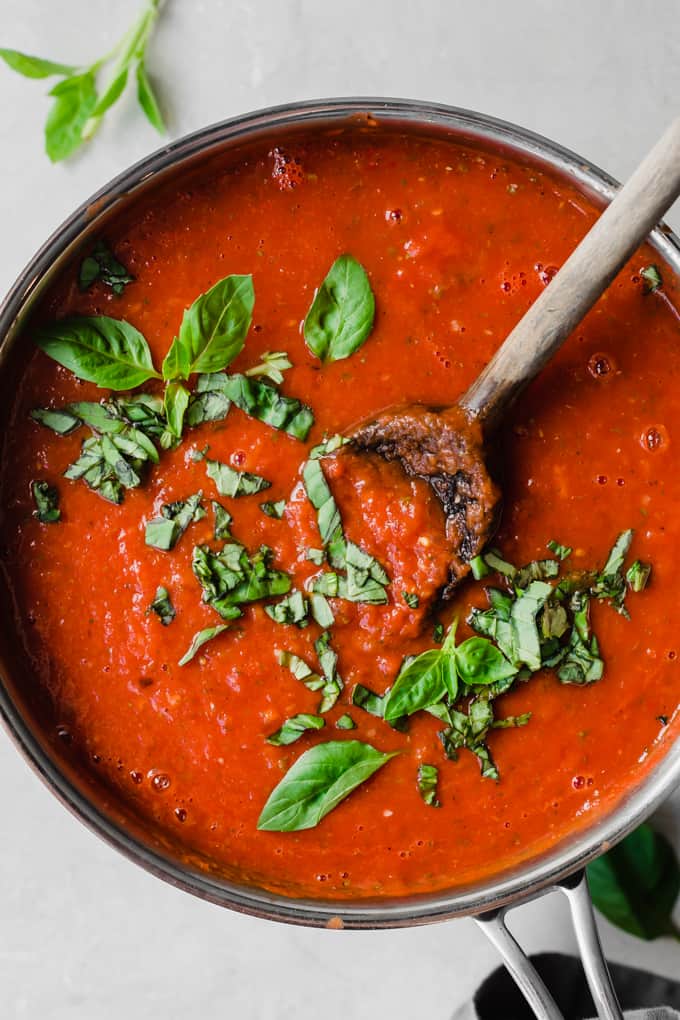 There is nothing better than sitting down to a huge plate of pasta! Especially when that pasta is smothered in a homemade tomato sauce. This sauce is quick and easy to make thanks to using canned whole tomatoes that have already been peeled. Of course you can substitute fresh tomatoes in this recipe if desired. Thanks to … Read more