Loaded baked potato soup is hands down the best potato soup that I have ever had. Creamy and delicious with all the goodness of a baked potato, made right in your slow cooker!

Fall is THE time for soup!! The crisp air just calls for me to make it at least once a week. This means I need a lot of recipes on hand! If you love soup, you have to try this Minestrone Soup, this delicious Tomato Basil Soup, and this family favorite, Award Winning Cheeseburger Soup!

Loaded baked potato soup recipe is one of my very favorites! Slow cooker soups are just what is needed to stay warm inside when it is cold outside. It is my favorite all-time soup that is so simple to make, and the slow cooker does all the work. Soup is one of my favorite go-to recipes in the winter, and this loaded baked potato soup recipe is at the top of that list. Soup is comfort in a bowl!

The recipe really is a home run. It’s simple and easy AND loaded with tender, diced potatoes in a creamy soup broth with so much flavor from the bacon and onions. This soup is perfect for dipping, which is why you need some dinner rolls or french bread to go with it. If you like a really smooth texture, then you can also just blend this up in your food processor! It comes out so delicious and creamy.

Loaded baked potato soup is perfect for adding on all of the toppings. Pile it on with cheese, bacon, and green onions, and you are good to go! Best. Soup. Ever. Check out the recipe card at the bottom of the post for exact measurements.

How to Make Baked Potato Soup

This loaded baked potato soup recipe is perfect for an easy dinner meal. Once it’s done cooking, then you can add in the best part… The toppings! Your family will love how they can make it their own.

Check out a few ways that you can make substitutions in this soup to make it work better for you and your family.

Cooking soup in a slow cooker is the way to go! They are so great to bring to any gatherings or parties because they are easy to transport, stay warm and feed a lot of people! Here are some more favorites that I love! 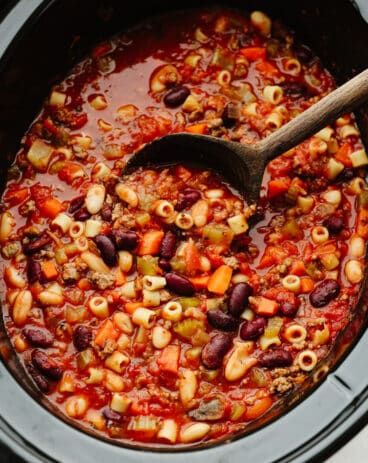 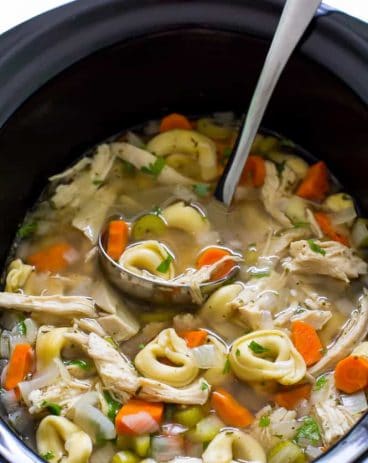 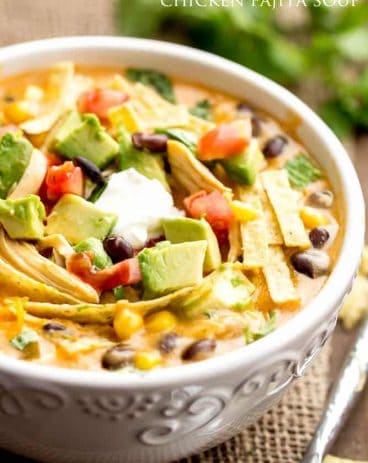 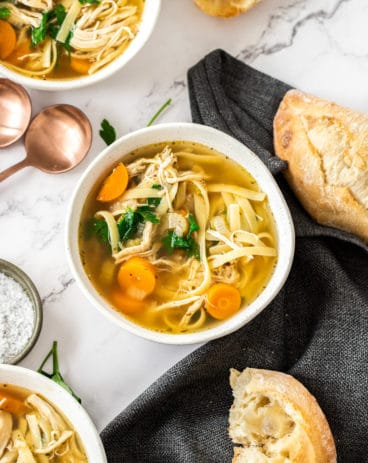 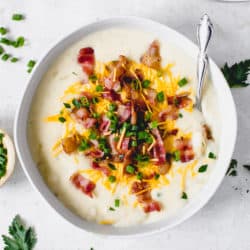